Gaturro is the product of Argentine humour and imagination combined with Indian ingenuity and technology. It is a 90 minute 3D animated cartoon film.

Gaturro is a popular comic character created by the famous Argentine cartoonist Christian Dzwonik (Nik ). He has used Gaturro to make jokes on Argentine politics, society and everyday life. Gaturro is an ingenious cat, with interesting and funny perspectives of the world and the Argentine political situation. Gaturro is presented as an antihero, observer of the world and eternally in unrequited love with Agatha, the female cat character. Some say that Gaturro is like a typical Argentine macho.... lot of show and lot more madness !! There are more than 30 Gaturro books. They have become popular not only in Latin America but even in France, Norway and Spain. Gaturro has its own website http://www.gaturro.com/

Here is the 39 year-old Nik 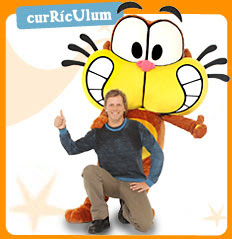 Here is a sample of Gaturro cartoon, in which the change of his mood from Tuesday to Monday is depicted. Monday at the end is the dead day !! 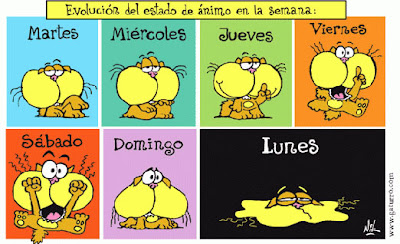 The Gaturro film is the story of his love with Agatha. Since Agatha is hard-to-get, Gaturro tries all kinds of brave and foolish tricks to catch her attention. In this pursuit, Gaturro makes a mess of himself, gets into all kinds of troubles, passes through hilarious situations and finally realises that it is better to be oneself rather than role playing.

Here is Gaturro, the showman.. 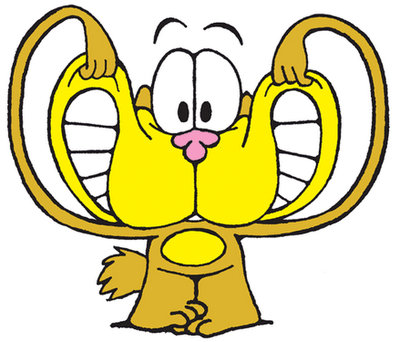 Illusion Studios of Argentina are coproducing this six million dollar film in collaboration with Toonz Animation of India. They signed the coproduction agreement in May 2009. The production has already started and the movie will be released in 2010. Jose Luis Massa CEO of Illusion Studios, the two-year old firm of Buenos Aires , is excited like Gaturro with the Indian collaboration. It has ambitious plans to be a major player in Latin America
http://www.illusionstudios.com/

For Jayakumar, CEO of Toonz Animation, Trivandrum-based company, this is the first joint venture with Latin America. Toonz Animation is an established global player and has a staff of over 500.
More http://www.toonzanimationindia.com/

I am sure Gaturro is going to inspire more such joint ventures between the Argentine talents and Indian technology. The Argentine human resources are very creative, imaginative and inventive. This is the assessment of the seven Indian IT companies which employ 800 Argentine staff in Buenos Aires. The city of Buenos Aires inspires imagination with its the largest number of theatres, music concerts, literary and cultural activities in Latin America. The Colon Theatre of Buenos Aires is one of the best in the world.
I hope Nik will start a new series of Gaturro going to India in search of a Bollywood actress......
Posted by viswanathan at 6:24 PM

Im doing one of the Argentina tours all around the country, through Buenos Aires, Cordoba and Tucuman. When I was in Capital Federal I saw the movie with my kids, was amazing!! they love it!
Gaturro is very funny for kids and old ones!