Petrobras, the public sector petroleum company of Brazil has developed this technology. It is starting in December 2009, commercialisation of this technology in a plant at Juiz de Fora in Minas Gerais state. Capacity of the plant is 45 MW. The turbines are made by GE.

Brazil is the first country to produce power from sugarcane ethanol. Brazil already leads the world in the use of ethanol as fuel for cars. Brazil is well prepared to straddle successfully both the worlds of fossil fuels ( having discovered enormous petroleum reserves) and the renewable sources of energy.
Posted by viswanathan at 7:53 AM No comments:

This good news comes from ECLAC ( Economic Commission for Latin America and Caribbean- which is part of the United Nations) in their 10 December 2009 report.

The GDP of the region which fell by 1.8% in 2009 due to the global crisis will resume growth in 2010 with 4.3 %. The region had an annual average growth of 4.8% in the period 2003-2008. In this period, the region enjoyed a current account surplus as well as primary surplus, accumulated foreign exchange reserves, reduced external debts, booming exports and strong macroeconomic fundamentals. This is the strength which helped the region to withstand the global crisis in 2008-9 with only moderate adverse impact and bounce back in 2010.

The 4.3% growth of Latin America in 2010 is higher than the growth projected for developing countries ( 4%) except China and India.

Brazil will be the 2010 champion of the region with the highest growth of 6%. Ooops... I do not recall Brazil topping the growth chart of the region in recent times. Uruguay and Peru will be runners-up with 5% each.
Mexico, the second largest economy which suffered the worst GDP contraction of the region in 2009 with 6.7% will grow by 3.5%. Argentina, the third largest market will grow by 4%.
It is no surprise that the least growth in 2010 in the region will be in Honduras, which is in a political crisis.
While South America is expected to grow by 4.7% in 2010, the Caribbean and Central America are projected to grow by around 2%.
Inflation in the region in 2009 is estimated to have declined to 4.5% from 8.3% in 2008.
Posted by viswanathan at 3:45 AM No comments:

Peru clinched its third investment grade rating from Moodys, a major credit evaluation agency which has praised the country's ability to withstand the global downturn better than some of its peers. The new rating is Baa3 from the earlier Ba1
Moody´s said " the decision to raise Peru's foreign currency ratings was driven by indications of increased shock-absorption capacity relative to similar or higher-rated sovereigns.¨ This will help Peru to lower its borrowing costs and attract foreign investment flows, which will contribute to higher growth.

Fitch and Standard & Poor's had given investment grading to peru last year. Peru´s economy has been a shining star in the last few years.

Peru and Brazil are the other Latin American economies with investment grade ratings.

Posted by viswanathan at 3:22 AM No comments:

Chile is becoming a OECD member in January 2010

The Organisation for Cooperation and Development (OECD) has announced that Chile has been invited to become the 31st member of the Organization. Chile will formally accept this invitation when an Accession Agreement is signed in the presence of Secretary-General Angel Gurría and President Bachelet on January 11, 2010. The country has been in negotiations to join the organization for two years. This eans that Chile´s investment and tax policies will have to be in conformity with OECD standards.
Currently, Mexico is the only Latin American member of the organization.
Posted by viswanathan at 3:05 AM No comments:

short skirts and Big B arouse global interest in Brazil 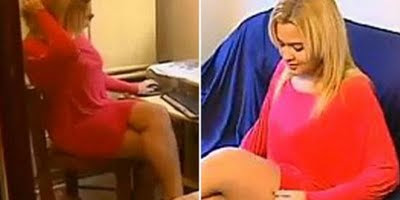 The Brazilians say that a ¨speech should be like a miniskirt…short enough to arouse interest and just long enough to cover the area of interest.¨

Brazil has always aroused the interest of the outsiders with tiny bikinis and mammoth carnival, sexy Samba and lusty Lambada, balmy Bossanova and fantastic football, amazing Amazon and bewitching beaches of Copacabana and Ipanema.

But now the country has started attracting a new kind of attention from global business leaders who find it as irresistible. Here is an example. Petrobras, the state oil company of Brazil plans to invest 174 billion dollars in the period 2009-13 in exploration and production of the recently discovered offshore oil fields. This is the world´s largest corporate investment plan at this moment. Obviously this news is sheer excitement for companies from around the world.

Which city in the world has the world´s largest fleet of private jets and helicopters? Not Newyork nor Tokyo. It is Sao Paulo. Tiffany and Bulgari have more stores in Sao Paulo than in any other city in the world. Sao Paulo has the largest Ferrari sales and the second largest sales of Lombarghini and Porsche in the world.

Brazil´s riches go beyond the salons of Sao Paulo. Brazil is becoming a global player and provider of energy and food to the world which is getting increasingly concerned with energy and food security and climate change.

Brazil is well positioned in both the sectors of fossil fuels and renewable energy. It has recently discovered very large offshore oilfields which will make it as a significant oil exporter. Brazil is the global leader and pioneer in the use of fuel ethanol for automobiles. Today more than ninety percent of the cars produced in Brazil have flexifuel engines running in petrol or ethanol or any combination of the two. Embraer has even produced some aircrafts running in ethanol. Eighty percent of the electricity generated in Brazil comes from hydroelectric source. The 12,000 MW Itaipu hydroelectric station is one of the largest in the world. Brazil has the highest share of renewable energy in power generation, among the large economies.

Brazil has the largest surplus land availble for agriculture. It is using currently 52 million hectares for crops. It can increase agricultural land by another 100 million hectares, without touching Amazon or the sensitivity of environmentalists. Besides the land under crops, Brazil has 172 million hectares under pasture for cattle. Brazilian agriculture is big business with its huge farm sizes which lend themselves to large scale commercial farming using heavy machineries, investment and innovation. Most cultivation is rainfed and don’t need irrigation canals or borewells as is the case in India. Brazilian productivity is one of the highest in the in the world thanks to the fertile soil, scientific and commercial farming practices and constant innovation and research and development. Brazil is the world´s largest exporter of beef, chicken, sugar, soya, orange juice and coffee.

Brazil is also rich in mineral resources. Vale, the Brazilian company is among the top global mineral players.

With such rich natural resources, Brazil was considered as a country of the future. But the joke in the past was that it would always remain as a country of the future. Now, the Brazilians have woken up. They are convinced that their time has come. They are determined to unlock their potential. There is a paradigm shift in the mindset of Brazilians. There is a new confidence, optimism and vision among the political and business leaders.

The Brazilians have liberated the country decisively and irreversibly from the past curses of hyper inflation, excessive external debt and unstable currency and exchange rates. They have made macroeconomic fundamentals as strong, healthy and predictable. They have even started lending money to IMF !. The government policies are based on a broad consensus. The government has found an equilibrium between pro-poor and pro-business policies. There is no ideological polarisation nor extremist political parties. Whoever wins the next presidential elections in October 2010 after Lula, the country is not going to change its pragmatic direction. Brazil is now the role model for Latin America where there is a resurgence of Left in recent years.

It is therefore, not surprising that Brazil is part of the BRIC which is increasing its weight in the global balance. But Brazil has some distinct advantages in comparison to the other three BRIC countries. It has one language and one faith and does not face any ethnic, religious, linguistic conflicts , terrorism or troublesome neighbours. Although Brazil has got more people of African origin (70 milion) than USA, there are no hyphenated Brazilians as the Afro Americans in the US. Brazil is a true melting pot, a perfect blend of café com leite… coffee with milk ( black and blonde), as the Brazilians describe skin colour. Brazil has borders with ten countries but it does not have any border disputes. On the other hand Brazil has been enthusiastically taking initiatives for integration of the region through Mercosur and Unasur (south american union, with all the 12 countries of the region) and makes use of this collective strength for its regional leadership.

Sure… Brazil faces other kind of problems such as poverty, crime, drugs and arms. But these can be controlled internally since there are no external trouble makers.

It is this new profile of Brazil which has aroused the interest of the global political and business leaders who have started courting Brazil seriously. The thirty percent increase in FDI in Brazil in 2009 is a reflection of the new confidence of global business in Brazil. The award of the World Cup 2014 and Olympics in 2016 are stamps of recognition of the New Brazil.

Realising the growing importance of Brazil, the Government of India has established a bilateral strategic partnership and a trilateral alliance in the form of IBSA. India has been working closely with Brazil in the Doha Round and in the issue of expansion of the permanent membership of the UN Security Council. India´s bilateral trade with Brazil reached 5 billion dollars in 2008 and is set to increase rapidly in the coming years. Indian companies have invested in Brazil in sectors such as IT, pharmaceuticals, energy, agribusiness and engineering. Even Bollywood has been attracted by the carnival land. The film Dhoom II was shot in Rio.

India has become a household experience in the last one year because of the prime time soap opera Camino das Indias ( route to India), telecast Monday to Saturday in the popular Brazilian TV channel Globo. This Indian story with Indian costumes and customs with Brazilian actors has generated tremendous interest in India. Camino in Portuguese means route or way. Brazil was discovered accidentally by Pedro Alvares Cabral who wanted to find the route to India. Now the Indians and Brazilians have found their own and common routes to a new promising future.
Posted by viswanathan at 2:32 AM No comments: