The new office of Tata Consultancy Services (TCS) in Siruseri, Chennai is a signature building with a spectacular architectural design. This unique edifice has been designed by two Uruguayan architects Carlos Ott and Carlos Ponce de Leon. The Uruguayan touch has certainly enhanced the tech image of TCS.
The building is a welcome change and an aesthetic addition to the city of Chennai notorious for its culture of giant cut outs of film stars and ubiquitous statues of politicians.

The futuristic building complex looks like a butterfly with a 400 metre central spine forming a majestic atrium at a height of 42 metres. 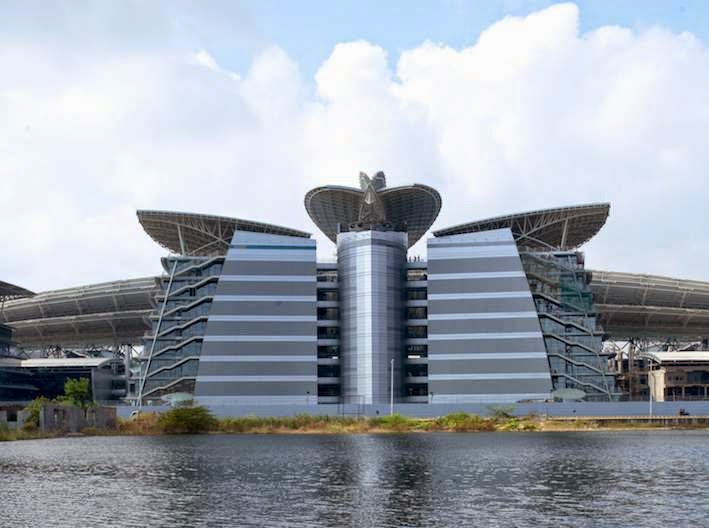 Photo – façade of one of the six blocks

How did the design contract for this prestigious building go to architects from an obscure little dot of a country, Uruguay, on the other side of the world, with a population of just three million, less than half of Chennai?  This is because of a special win-win connection between TCS and Uruguay. TCS put Uruguay in the global IT map by setting up the first Global Delivery Centre in the country. In return, Uruguay helped TCS  find its place in the Latin American map. Montevideo, the capital of Uruguay was the launchpad of TCS where it established its first Latin American operations in 2002. Gabriel Rozman, a Uruguayan, was the one who convinced the TCS Board to set up its first Latin American centre in Uruguay. He got special facilities from the Uruguayan government which welcomed enthusiastically TCS the first global IT company to set up shop in their country. From Montevideo, Gabriel Rozman spearheaded successfully the expansion of TCS across eight countries ( Argentina, Chile, Brazil, Mexico, Peru, Colombia and Costa Rica besides Uruguay) in Latin America. 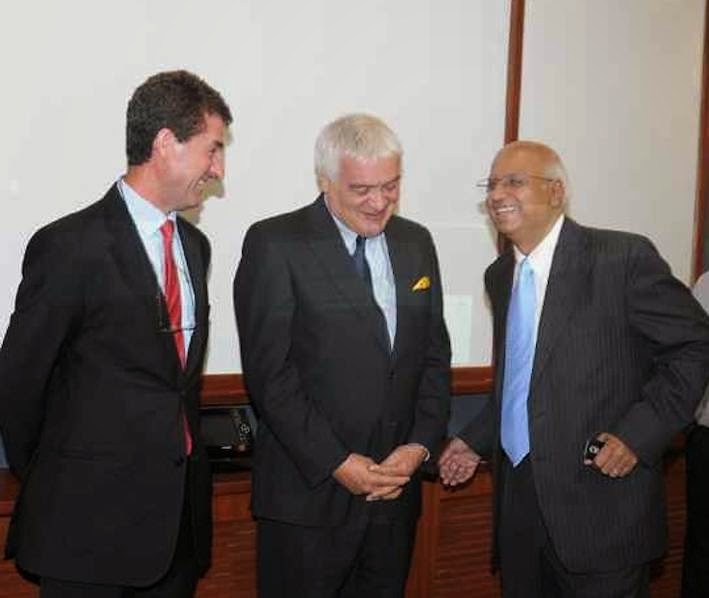 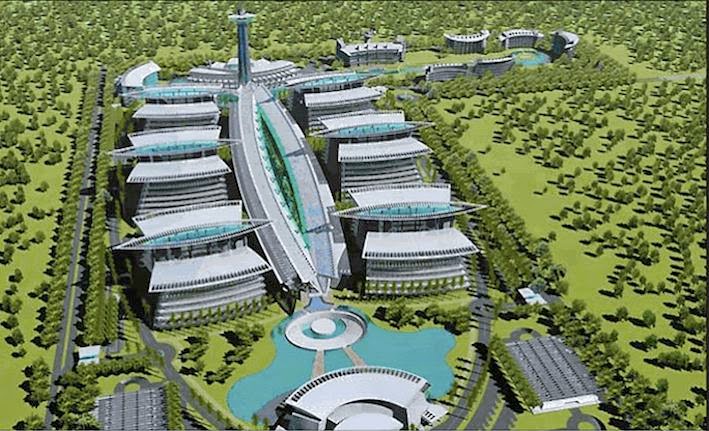 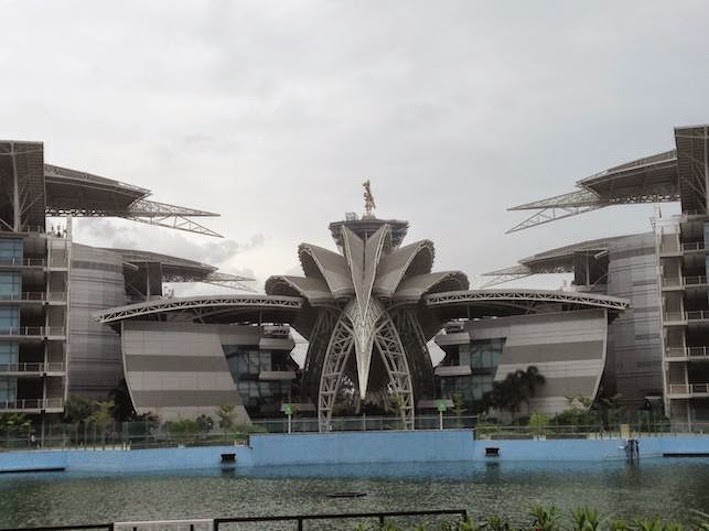 Photo – front side of the atrium

Today TCS  employs over 10,000 Latin American staff- including 1000 Uruguayans- who develop software and provide off-shore services to US and European markets besides working for Latin American clients. The company has targeted the region for ten percent of its global revenue.

It is in recognition of this Uruguayan connection that TCS had invited the Vice President of Uruguay Danilo Astori to inaugurate the building in 2011.

Uruguay, as the Indian football fans know very well, had created history by winning the World Cup twice, beating Argentina in 1930 and Brazil in 1950 in the finals. The Indian football enthusiasts were thrilled with the Kolkatta visit of Diego Forlan, the Uruguayan star in 2011 after having won the Golden Ball award in the 2010 World Cup in South Africa.


Uruguay has also become famous because of its unique President Jose Mujica. In contrast to the many corrupt and pompous Indian politicians, Mujica is uncorruptible and the poorest president in the world. He lives a simple life in his own ramshackle farm hut, rejecting the presidential mansion and protocol, growing vegetables and fruits and driving his own old Volkswagen Beetle. He was an ex-guerilla fighter who spent fourteen years in jail during the military dictatorship.
Carlos Ott and Carlos Ponce both studied architecture in Uruguay. It is interesting to note that every Uruguayan architecture student has visited India. The school of architecture in the University of Uruguay has a tradition of sending out their students on mandatory global tours including for about ten days in India.
Carlos Ott has won many international awards and projects of which the most prestigious was the project to design the modern Paris opera house 'Opera de la Bastille' in 1983. The French had inaugurated this building in 1989 to commemorate the bicentenary of the French Revolution. Ott was selected from a large panel of over 744 architects from around the world. He has done projects in Europe, US, Latin America, Middle East and Asia.
Both the Carloses are thrilled at the opportunity to make their mark in India, a country they admire for its tradition, culture and wisdom. They are hoping to get more opportunities to give their Uruguayan touch to other buildings in India.They are fascinated especially by the architecture of the temples in Tamilnadu from which they have drawn inspiration. Although they found the Sambar and Rasam too hot and spicy, they say that they enjoyed Iddly, Dosa and Vada. Even now they get to eat them when invited by the two dozen Tamils who work in the TCS office in Montevideo.
The five million square feet office complex of TCS is spread over seventy acres.  There are six blocks on each side of the spine of the atrium forming part of the wings of the butterfly. Water bodies please the eyes and cool the air inside and outside the atrium along with the exotic plants and trees giving a lush green touch to the bluish glass and steel structure.
The building has won many awards for energy and water management and it is a Gold rated Green building. Its state of the art technology, advanced materials, solar control and thermal insulation systems designed specially for the heat and humidity of Chennai, make the building maintenance less expensive and more efficient and environment-friendly.
Here are links to two videos of the building
https://www.youtube.com/watch?v=fSbwdEgKuUA
https://www.youtube.com/watch?v=4A2canbLEkc  T
The Siruseri TCS complex is the largest corporate office in Asia with a capacity for 25000 staff -whom TCS calls as 'Associates' - who feel as though they are in a luxury spa resort with all the elements to delight the heart and soothe the soul. At the same time, the mind of the young Associates, whose average age is under 28, is excited and stimulated by the engineering and architectural masterpiece which makes them proud. Surely, when a TCS Associate from this building visits a client in US or Europe, he or she is not going to feel overwhelmed by the offices of their clients. The inspiring building and the innovative global work being done by the TCS Associates is a matter of pride for India and ..yes for Uruguay too.

Posted by viswanathan at 1:59 AM

Gr8! one of the majestic buildings in INDIA by TATA.

Very Nice Article...Marvel at the Globalisation !