Confident is both adjective and noun in this story.

It is the name of a small but confident company from Coimbatore which has inspired confidence among Latin American clients and got 500,000 dollars of orders for its textile machinery in Peru, Ecuador, Dominican Republic and Argentina.

Confidence is embedded in the name of the company itself.
It is Confident Engineering Pvt Ltd. http://www.confidentengineering.com/
Their email is confidentindia@gmail.com

More precisely it is the self confidence of Rathnakumar, the Managing Director of the company who has managed to inspire the confidence of the textile companies of South America.

Hardwork and perseverance have complemented the confidence of Rathnakumar in bringing about success in Latin America. He has spent the last one month in Argentina, Peru and Ecuador. He came with the CII delegation on 28 June and is leaving from Buenos Aires on 31 July. He spent ten days in each country. He is planning to come back to the region in the next three months and target Brazil and Colombia.

Rathnakumar has appointed dynamic and proactive agents in these three countries. These agents had taken him to visit over 30 textile plants. He convinced the technical staff and management of some of these companies that he could help them reduce their cost of production with his dyeing and finishing and effluent treatment machinery which costs just half the price of those which they import from Europe.He carried a small prototype of his Effluent water treatment plant and gave demonstration to the clients using their plant waste water. Confident Engineering has innovated a new technology to treat waste water of dyeing plants through an electrocoagulation method without the use of chemicals. They are applying for patent for this.

Rathnakumar wanted to participate in an exihibition in Buenos Aires in 2008 and paid 1500 dollars for the stall. But the Argentine embassy in Delhi did not give him visa. He lost the money and the opportunity. The Embassy wanted him to produce a original invitation from an Argentine client attested by an Argentine notary public. This is an unauthorised procedure being adopted by some corrupt elements in the Argentine embassy in Delhi, in violation of the Argentine government procedure. Was Rathna Kumar deterred. No! He waited and got the visa now without an invitation letter. He does not have any rancour. He is focussed on the future potential and does not bother about past setbacks.

In Peru, he got order for 70.000 dollars for a machine which he has never made so far. He showed the client a French machine in a Peruvian plant and told him he could make a similiar one. The client was convinced by the confident competence of Rathnakumar and gave him the order. 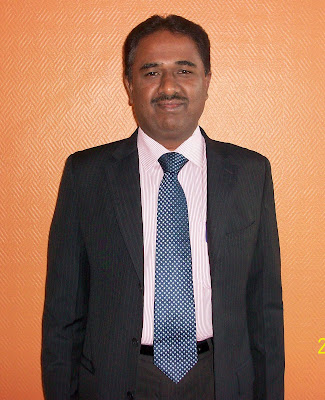 What difference did he find in business with South American clients? He says here they dont want to open LC . Most of them prefer to deal in cash. They pay an advance amount by TT and the rest they pay later. They retain a percentage of payment as guarantee for performance of his machine. Of course, Latin American importers open LCs for large orders.
Confident Engineering is a small scale enterprise with a turnover of just 1.5 million dollars and 40 employees. Their machines cost from 20,000 to 100,000 dollars. The company was started by Rathnakumar, an electronics engineer and his partner in 2003 with an investment of 20,000 dollars. Rathnakumar had worked with Larsen and Tubro for six years but left it to follow his enterpreunerial instinct. He got a breakthrough in Bangladesh for his dyeing and finishing machines. Now he has set up a fullfledged office in Dhaka to manage supply of machines and service them. Then he got some orders from Indonesia and Srilanka.
Now his focus is on Latin America. He expects to get orders worth five million dollars in the next few years. He has already established his reputation in Peru, Ecuador and Dominican Republic and now in Argentina. His next targets are Colombia and Brazil.
How did the Latin Americans treat Rathnakumar in his business and personal interactions in the last one month, I asked him. He found the Latin Americans pleasant and friendly. Of course, they needed to be convinced that they could risk their money with a small company in a remote corner of India. But they were willing to listen to him with open mind.
The Latin American textile industry had been importing from Europe and Japan. But now they want to try lesser expensive sources such as China and India. In these days of global financial crisis, local credit crunch, tough market conditions and globalised competition, the Latin Americans are focussing on cutting the cost of production. For this, they are turning to ess expensive import sources such as China and India. They mentioned to him about their preference for India over China beacuse of cultural reasons. They told him that they could understand and communicate and trust the Indians better. They looked at him as a person from the well-known land of Yoga, Meditation, Sai Baba, Hare krishna, Mahatma Gandhi....
What about language and food? I ask him.
This mild mannered Sambar- Idly South Indian smiles and says ¨No problem. I have already picked up some basic spanish in my two trips. I can understand the technical and price parts of the negotiations. Now I plan to take a crash course for a couple of weeks.¨I advised him to try the Instituto Hispania in Chennai.
Food. He eats whatever Latin America offers except beef. He does not miss Iddly Sambar in this one month absence from India. He liked the ceviche of Peru and empanada ( latino samosa ) of the region.
In my last blog story I wrote about the Latin American success of TCS, which is a big company. But in the case of Confident Engineering, it is the story of success of a small Indian company. I hope this will inspire and motivate the small and medium exporters of India.
What our exporters need for business with Latin America is ....Confidence ! Confidence in Latin America !
Indian exports to Latin America increased by 50 percent in 2008 to 7.5 billion dollars from 5 billion in 2007. What else is needed to inspire confidence?
Posted by viswanathan at 6:03 AM

Its still a puzzle as to why there are differences between the two embassies. While getting a visa to India comes with a complimentary coffee, the counterpart manages to place more hurdles to make it more difficult even for a short term visa.
I too had the strange experiences about legalization of Indian documents from Argentina before I could actually move there. I strongly believe that making the visa processes easier will open up many unexplored trade opportunities like this.
-Dinakar

Reading this would definitely give lot of confidence to the people in India to have a business relationship with Latin America.