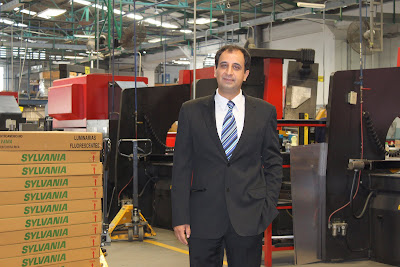 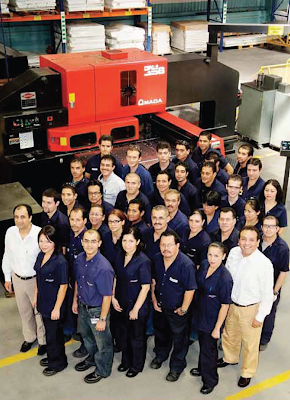 Kapil does not say hello when I call him on the phone. He says ¨Pura Vida¨… And he uses this word as part of his signature in emails too. Pura Vida (full of life) is a typical salutation in Costa Rica where he lives since August 2007. The Ticos, as the Costa Ricans are nicknamed, are one of the happiest people on the earth. They have reached the next level of civilisation by having abolished armed forces in 1948. Costa Rica generates ninety percent of its energy through renewable sources and their government declared in 2007 that it intended to become carbon neutral by 2021. It has the highest literacy rate in Central America and is known as the Silicon valley of Latin America with its IT leadership in the region. It also gives happiness to women who want enlargement of busts. Yes, it is a large exporter of silicones.
Kapil and his family have become true Ticos and have adopted perfectly to Pura Vida.His two daughters, aged 13 and 7 speak fluent Spanish and help the parents with interpretation.Kapil is fascinated with the Latin American culture and admires the way the Latinos enjoy life. He himself looks much happier and younger now than when he came to the region in 2007. He believes that both Indians and Latinos can enrich each other with their distinct culture and ways of living. It is with this belief that he sent 75 Latin American distributors to India on a business cum tourist trip recently. They have come back thrilled with their discoveries and experience. Kapil plans to send more such groups to India.
Oops.. I forgot to explain the enlightening part. Havells Sylvania is in lighting business. They are a full spectrum provider of lighting solutions. They manufacture lights, fixtures, ballasts, switchgear for houses, commercial and public buildings and spaces. They have a plant in Colombia and another one in Costa Rica. They do research in India, UK and Belgium to develop new energy saving devices and solutions. The company works with the governments of Argentina, Costa Rica and Ecuador in Latin America to execute their Energy Saving Programmes.
Havells Sylvania is the market leader in Colombia with 30% market share and 40% market share in Costa Rica. In Argentina it is 35% and in Brazil 14%. In the region as a whole, Havells Sylvania is just behind Philips the market leader.
Kapil has a simple target… To increase his turnover to one dollar for each Latin American in the next three years. This means 556 million dollars for the population of 556 million of Latin America. His 2010 turnover was 200 million dollars. One billion dollars is his ultimate goal by 2018. The growth will be both organic and inorganic. His company’s Mantra : "If your mind can conceive it and your heart can believe it - You can achieve it".
Posted by viswanathan at 2:29 PM

Thanks for keeping us updated through blogs, sir. :)

Hope India's relationship with South America extends beyond trade and gets a cultural presence. :)

Hello Sir,
It is really very nice to know about one of Indian company's huge presence in the latin America.Hope the Indian companies grow like this and make india Flag high.

Thanks for the appreciation.You can join us on our official facebook page at www.facebook.com/havells